The World Wildlife Fund has succeeded in taking over the American Cattle Industry!

How in the world did this powerful anti-beef, anti-free enterprise, UN monster get control of our beef industry? The short answer is that a vast majority of the beef producers in the nation, as represented by the National Cattlemen’s Beef Association are merely ignorant of the threat from the Sustainable policy

It is time to get UN-ignorant. You can count on me for passing along any pertinent developments that might come along. — jtl, 419
by Tom DeWeese, President of the American Policy Center.

“Meat consumption is devastating some of the world’s most valuable and vulnerable regions, due to the vast amount of land needed to produce animal feed.”

That quote is from a report issued by the radical World Wildlife Fund (WWF), one of the top three most influential environmental groups in the world. For years the WWF has been working to force us to stop eating meat and replace it with Soy products. So what you say? Empty threat? Not going to happen? Then you had better listen to what I’m about to tell you. The World Wildlife Fund has succeeded in taking over the American Cattle Industry!

The Roundtable plans come with a strict set of “principles” that are right out of Agenda 21. The “principles must be considered in their entirety.”

The real result of these rules isn’t to produce a better beef product – but to destroy small producers and drive the industry to the massive corporate farms that can afford to play ball with the World Wildlife Fund.

The World Wildlife Fund has openly stated its opposition to beef production.

They insist that to “Save the Earth it is demanded that we change human consumption habits away from beef.”

How in the world did this powerful anti-beef, anti-free enterprise, UN monster get control of our beef industry? The short answer is that a vast majority of the beef producers in the nation, as represented by the National Cattlemen’s Beef Association are merely ignorant of the threat from the Sustainable policy. But there is a growing number of cattlemen who are starting to fight back. They know these policies are bad. The trouble is they are a small minority fighting a powerful monster. The leaders of their own industry are working to crush their opposition. They need help. I’m proud to say these desperate freedom fighter cattlemen have reached out to the American Policy Center and me to help them fight back.
Just a couple of months ago I spoke to their conference in Oklahoma to teach them the details they need to focus on to fight the radical World Wildlife Fund. I got a standing ovation.  Now I am working to prepare articles to help get their story out to the nation. I want to help these people in every way I can!
Americans must learn the truth that our national food supply is being targeted!   I need your financial support so I can be there for them. There are materials to produce to help them educate their fellow cattlemen. There is a lot of travel that must be done to meet with them first hand and conduct training. 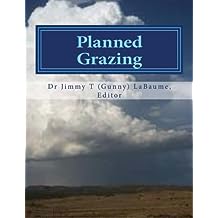 Land and Livestock International, Inc. is a leading agribusiness management firm providing a complete line of services to the range livestock industry. We believe that private property is the foundation of America. Private property and free markets go hand in hand—without property there is no freedom. We also believe that free markets, not government intervention, hold the key to natural resource conservation and environmental preservation. No government bureaucrat can (or will) understand and treat the land with as much respect as its owner. The bureaucrat simply does not have the same motives as does the owner of a capital interest in the property. Our specialty is the working livestock ranch simply because there are so many very good reasons for owning such a property. We provide educational, management and consulting services with a focus on ecologically and financially sustainable land management that will enhance natural processes (water and mineral cycles, energy flow and community dynamics) while enhancing profits and steadily building wealth.
View all posts by Land & Livestock Interntional, Inc. →
This entry was posted in Radical Environmentalism, Uncategorized and tagged American Policy Center, radical environmentalism, World Wildlife Fund. Bookmark the permalink.

1 Response to The World Wildlife Fund has succeeded in taking over the American Cattle Industry!