popularized “political correctness” explicitly said: That there were things that the state required people to say even though they were not true.

“Politically correct” statements are definitionally untrue. The speakers are simply asserting that society will be better off if they are accepted anyway. 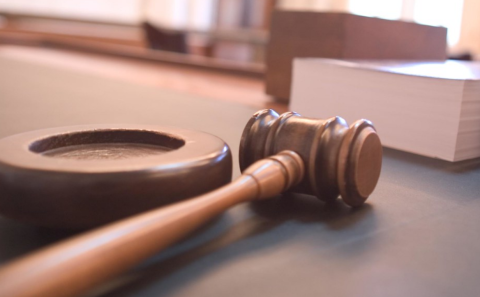 In abstract, to many people, this ideology seems morally right. In practice though, social justice has done more harm to those it intended to help and has hindered society’s advancement as a whole. But to fully comprehend the reason why social justice is a problem; it is helpful to understand its origins.

The Origins of Social Justice

To understand social justice, we first need to define what justice is. Justice is a concept under which wrongs committed against one party by another party are “set right,” either through restitution or punishment. Justice is generally administered by an institution — law courts, for example —  in which a third-party impartially adjudicates a dispute. The purpose of adjudicating this dispute is to determine how a victim might be repaid for a loss or private property or bodily harm. Justice, properly understood, therefore assumes there must be an identifiable victim, and that some third party will ensure the proper steps are taken to repair the harm.

Social justice as a concept arose in the early nineteenth century during the Industrial Revolution and subsequent civil revolutions throughout Europe, which aimed to create more egalitarian societies and remedy capitalistic exploitation of human labor. Indeed, the concept of social justice is rooted in the Marxist theory of man-made exploitation. Advocates of social justice argue that social inequalities are based upon the fact that those who have access to resources, do so because they have deprived the have-nots of these same opportunities. Consequently, social justice advocates argue that the government has the moral obligation to rectify that injustice. Unlike true justice, however, reparations in the name of social justice do not involve a specific victim or a specific perpetrator. Instead, the guilty party is said to be an entire class of people, many of whom have never been shown to have exploited any specific person at all.

In America, social justice has become the new go-to “solution” to alleviate economic inequalities between people and social classes. The current trend of social justice in the United States underlies the misleading premise that the top 1 percent controls all the wealth while the bottom 99 percent produces that wealth. Moreover, this fallacious premise builds upon the myth that most millionaires and billionaires have inherited the wealth that they have today from their predecessors. But, according to a 2017 survey from Fidelity Investments, 88 percent of millionaires in America are self-made. Most did not grow up in exclusive country club neighborhoods. Needless to say, most millionaires started out within the 99 percent then worked their way up by climbing the social ladder. Yet social justice proponents argue that the wealthy — merely by being wealthy — have deprived those from lower social classes of wealth and capital. To fix that “injustice,” policies such as a progressive income tax have been imposed at the national level and in most states.

Note also that the moral system undergirding social justice requires immorality on the part of the state. Since the state produces no wealth of its own, it can only “create” wealth for the less-wealthy by taking wealth and property from the more-wealthy. Thus, social justice is founded on the idea of the state using violence to take from one group and give to another.  Since no specific victim and no specific crime has been identified, this is no case of reparation as exists under real justice. It is simply a transfer of wealth from one group to another based on some sort of general “exploitation.”

So, when a high-income person pays a higher rate of income tax to support a government program designed to increase inequality, we are not transferring wealth from individuals shown to have “exploited” others. Nor is there evidence that every recipient who benefits from these programs has been victimized by some sort of economic exploitation. Instead, it is merely assumed that those who pay more tax are guilty of exploiting others, while those who receive the wealth were exploited. These, of course, are not good assumptions, and are not based on any sort of judicial proceeding or examination of evidence, as would be the case of administering what is properly known as justice.

2 Responses to Social Justice Is Nothing like Real Justice